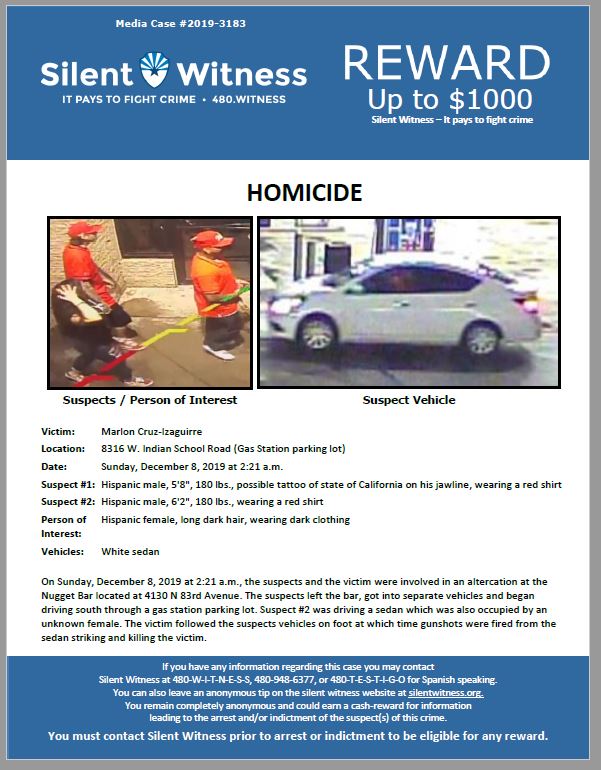 On Sunday, December 8, 2019 at 2:21 a.m., the suspects and the victim were involved in an altercation at the Nugget Bar located at 4130 N 83rd Avenue. The suspects left the bar, got into separate vehicles and began driving south through a gas station parking lot. Suspect #2 was driving a sedan which was also occupied by an unknown female. The victim followed the suspects vehicles on foot at which time gunshots were fired from the sedan striking and killing the victim.