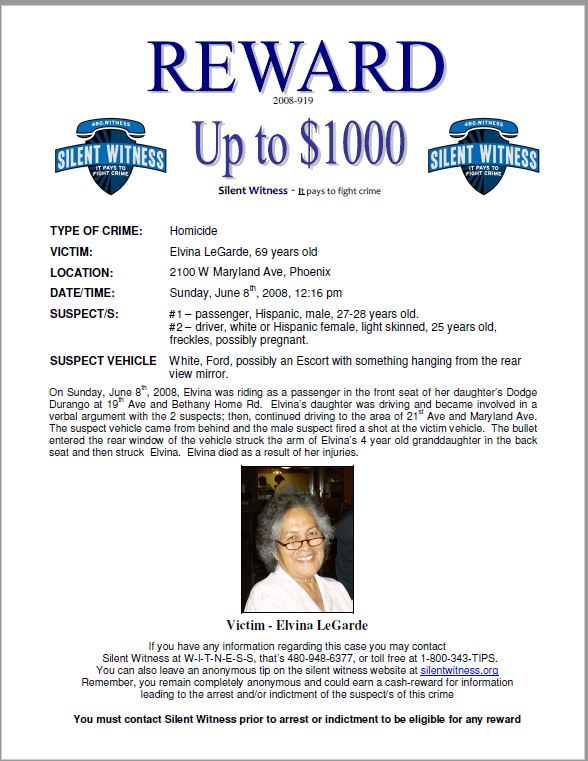 On Sunday, June 8th, 2008, Elvina was riding as a passenger in the front seat of her daughter’s Dodge
Durango at 19th Ave and Bethany Home Rd. Elvina’s daughter was driving and became involved in a
verbal argument with the 2 suspects; then, continued driving to the area of 21st Ave and Maryland Ave.
The suspect vehicle came from behind and the male suspect fired a shot at the victim vehicle. The bullet
entered the rear window of the vehicle struck the arm of Elvina’s 4 year old granddaughter in the back
seat and then struck Elvina. Elvina died as a result of her injuries.