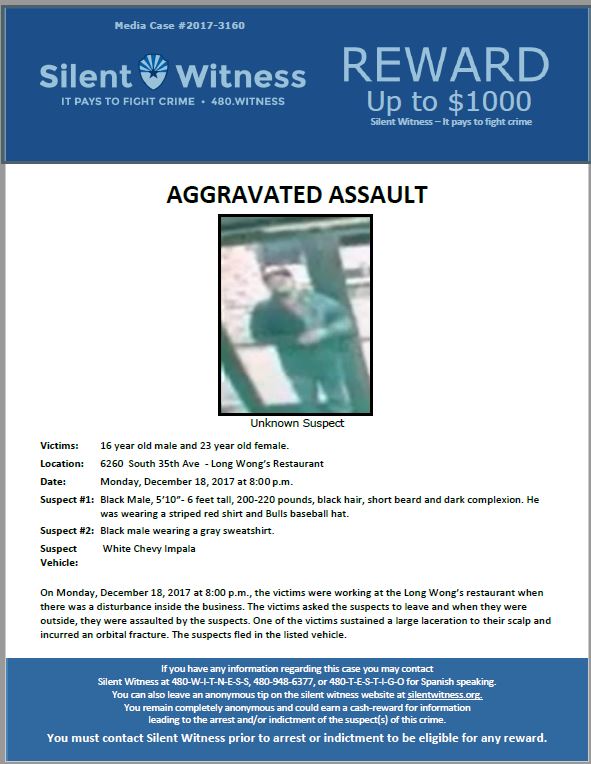 On Monday, December 18, 2017 at 8:00 p.m., the victims were working at the Long Wong’s restaurant when there was a disturbance inside the business. The victims asked the suspects to leave and when they were outside, they were assaulted by the suspects. One of the victims sustained a large laceration to their scalp and incurred an orbital fracture. The suspects fled in the listed vehicle.