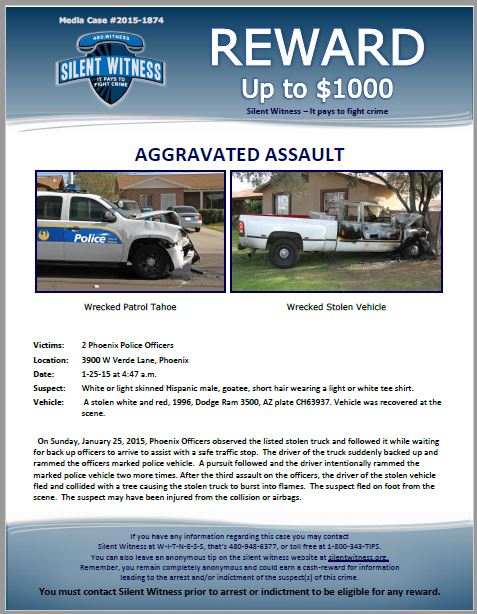 On Sunday, January 25, 2015, Phoenix Officers observed the listed stolen truck and followed it while waiting for back up officers to arrive to assist with a safe traffic stop. The driver of the truck suddenly backed up and rammed the officers marked police vehicle. A pursuit followed and the driver intentionally rammed the marked police vehicle two more times. After the third assault on the officers, the driver of the stolen vehicle fled and collided with a tree causing the stolen truck to burst into flames. The suspect fled on foot from the scene. The suspect may have been injured from the collision or airbags.