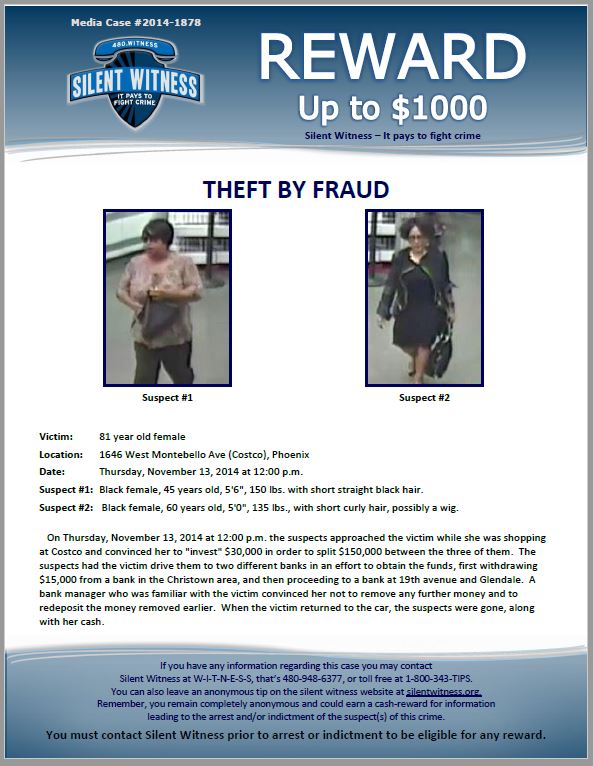 On Thursday, November 13, 2014 at 12:00 p.m. the suspects approached the victim while she was shopping at Costco and convinced her to “invest” $30,000 in order to split $150,000 between the three of them. The suspects had the victim drive them to two different banks in an effort to obtain the funds, first withdrawing $15,000 from a bank in the Christown area, and then proceeding to a bank at 19th avenue and Glendale. A bank manager who was familiar with the victim convinced her not to remove any further money and to redeposit the money removed earlier. When the victim returned to the car, the suspects were gone, along with her cash.