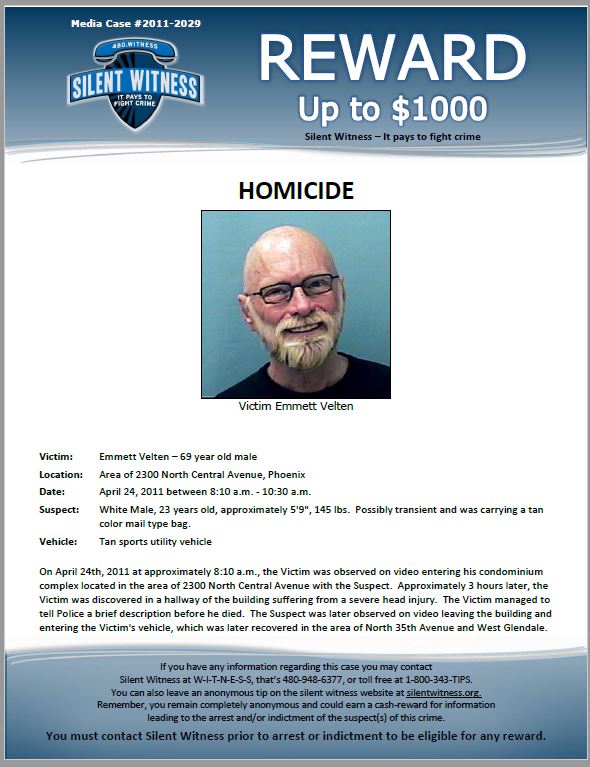 On April 24th, 2011 at approximately 8:10 a.m., the Victim was observed on video entering his condominium complex located in the area of 2300 North Central Avenue with the Suspect. Approximately 3 hours later, the Victim was discovered in a hallway of the building suffering from a severe head injury. The Victim managed to tell Police a brief description before he died. The Suspect was later observed on video leaving the building and entering the Victim’s vehicle, which was later recovered in the area of North 35th Avenue and West Glendale.