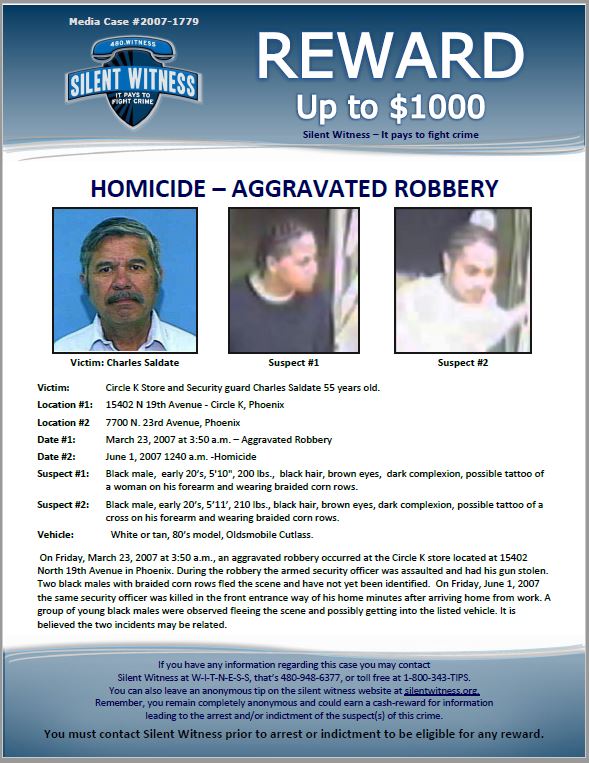 On Friday, March 23, 2007 at 3:50 a.m., an aggravated robbery occurred at the Circle K store located at 15402 North 19th Avenue in Phoenix. During the robbery the armed security officer was assaulted and had his gun stolen. Two black males with braided corn rows fled the scene and have not yet been identified. On Friday, June 1, 2007 the same security officer was killed in the front entrance way of his home minutes after arriving home from work. A group of young black males were observed fleeing the scene and possibly getting into the listed vehicle. It is believed the two incidents may be related.