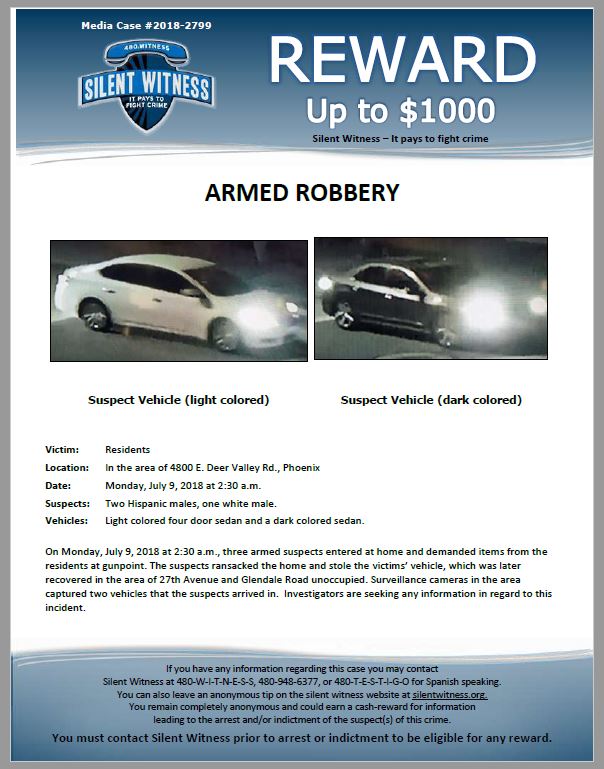 On Monday, July 9, 2018 at 2:30 a.m., three armed suspects entered at home and demanded items from the residents at gunpoint. The suspects ransacked the home and stole the victims’ vehicle, which was later recovered in the area of 27th Avenue and Glendale Road unoccupied. Surveillance cameras in the area captured two vehicles that the suspects arrived in. Investigators are seeking any information in regard to this incident.