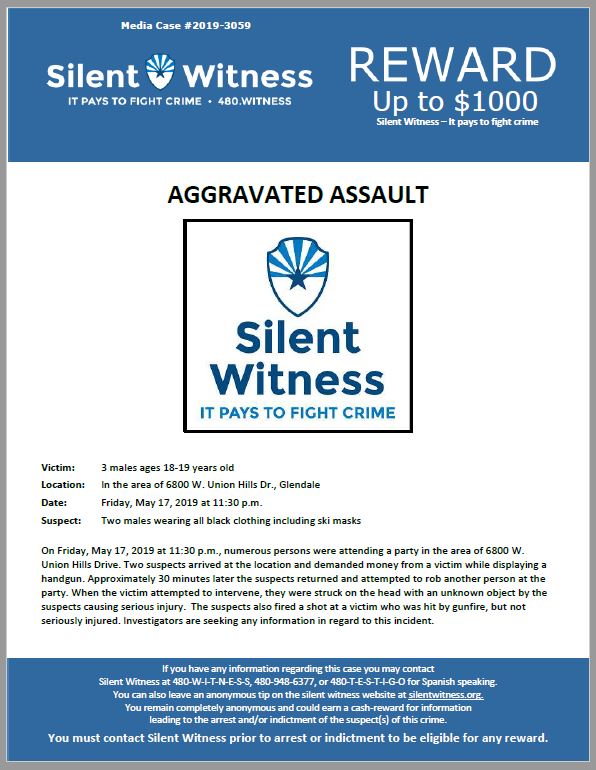 On Friday, May 17, 2019 at 11:30 p.m., numerous persons were attending a party in the area of 6800 W.
Union Hills Drive. Two suspects arrived at the location and demanded money from a victim while displaying a handgun. Approximately 30 minutes later the suspects returned and attempted to rob another person at the party. When the victim attempted to intervene, they were struck on the head with an unknown object by the suspects causing serious injury. The suspects also fired a shot at a victim who was hit by gunfire, but not seriously injured. Investigators are seeking any information in regard to this incident.