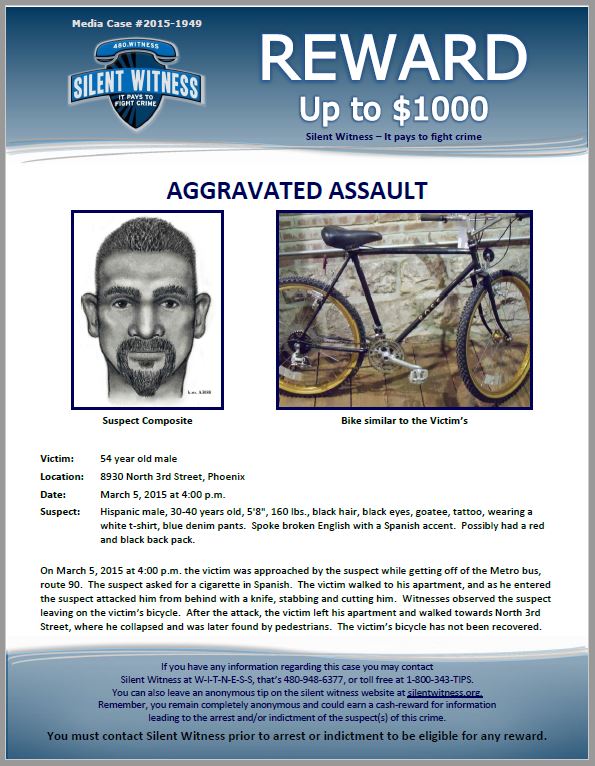 On March 5, 2015 at 4:00 p.m. the victim was approached by the suspect while getting off of the Metro bus, route 90. The suspect asked for a cigarette in Spanish. The victim walked to his apartment, and as he entered the suspect attacked him from behind with a knife, stabbing and cutting him. Witnesses observed the suspect leaving on the victim’s bicycle. After the attack, the victim left his apartment and walked towards North 3rd Street, where he collapsed and was later found by pedestrians. The victim’s bicycle has not been recovered.