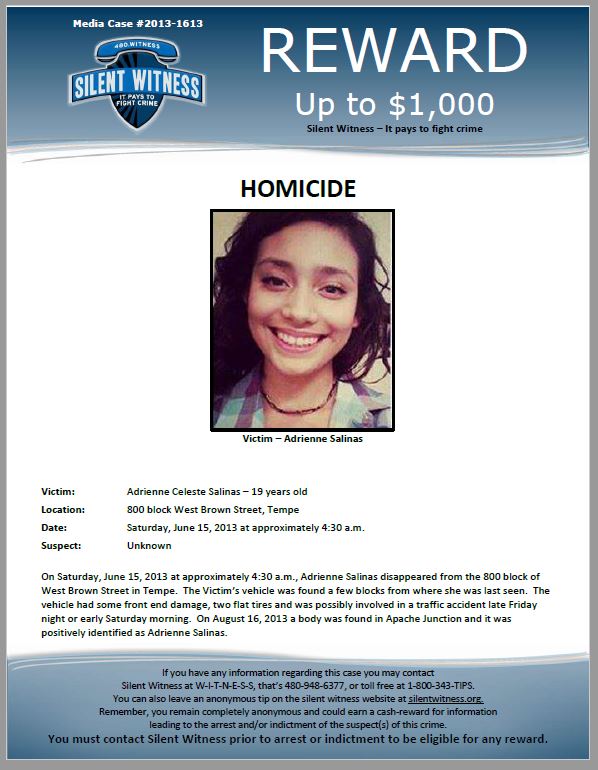 On Saturday, June 15, 2013 at approximately 4:30 a.m., Adrienne Salinas disappeared from the 800 block of
West Brown Street in Tempe. The Victim’s vehicle was found a few blocks from where she was last seen. The
vehicle had some front end damage, two flat tires and was possibly involved in a traffic accident late Friday
night or early Saturday morning. On August 16, 2013 a body was found in Apache Junction and it was
positively identified as Adrienne Salinas.